Rearrangement of forestry interests to facilitate a treaty settlement

Income tax legislation is amended to provide for the exemption of any income which arises when a forestry interest is extinguished and re-granted solely for the purposes of facilitating a Treaty of Waitangi claim settlement process. These amendments were introduced by Supplementary Order Paper No. 254 during the passage of the Taxation (Tax Administration and Remedial Matters) Bill.

Many Treaty of Waitangi settlements involve forestry land owned by the Crown over which forestry interests have been granted to commercial foresters. 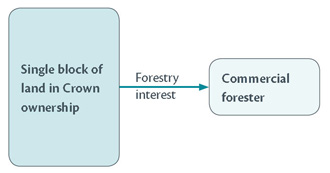 This issue will usually arise with land which is in Crown ownership. It may also arise when the land is held by an interim entity to facilitate the Treaty process at the time of the surrender. The new legislation is designed to deal with both situations.

These large blocks of land sometimes need to be divided into smaller blocks of land which will then be transferred to different iwi claimant groups. To enable each of those iwi claimant groups to manage their relationships with the commercial foresters separately, the commercial foresters are being asked to surrender their existing interests in exchange for the issue of multiple interests. These multiple interests will have the same basic terms and cover in aggregate the same area as the original right, but match the new land boundaries for individual blocks. 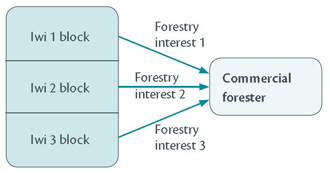 Under the law which existed prior to this amendment, a tax liability could arise when the commercial foresters surrender their original forestry interests with no immediate offsetting deduction for the grant of the replacement forestry interests. A tax liability may also arise to the person who grants the new rights. Taxation of these transactions which take place purely to facilitate Treaty settlements and which are not motivated by the commercial interests of the parties was not consistent with the policy intent of the original legislation.

A new exempt income rule is created which treats any income arising from a rearrangement of existing forestry rights to enable the implementation of a Treaty settlement as exempt income.

For the purposes of this section, the Income Tax Act 2007 statutory references are used, although the amendments to the 2004 and 1994 acts are identical.

Section CB 24 provides that an amount derived from disposing of a right to take timber is income.

New section CW 1B provides that this income is exempt income where:

The exemption will also not apply if the parties take the opportunity of the issue of the new rights to simultaneously document new commercial arrangements which are over and above replacing the existing rights.

However, there are four situations where what might appear to be differences between the old right and the new rights will still fall within the exemption.

The first is where the old right was a Crown Forestry Licence, and the new right is a forestry right under the Forestry Rights Registration Act. This change is made in reflection of the fact that the land-owner when the original right was granted was the Crown, but the new land-owner will be iwi. This difference falls within the last part of paragraph b) - it is solely for the reason in paragraph a) - so the exemption applies.

The third situation is where the new rights contain additional provisions which deal with wahi tapu - culturally sensitive areas comprised in the area which the forestry rights cover. Variations of this sort are also considered to fall within the exemption, as they are made to facilitate the Treaty of Waitangi claim settlement process.

The fourth situation is where variations to the original rights, such as giving the ability to replant, have been agreed between the commercial forester and the iwi which eventually acquires the land prior to the grant of the replacement rights (and these variations constitute rights in themselves). These variations are not documented in the original rights, but may be documented in the replacement rights. If this occurs, then the exemption is still available. This is because the test compares the rights which existed prior to the redocumentation with the rights which existed afterwards - where those rights were documented is not relevant.